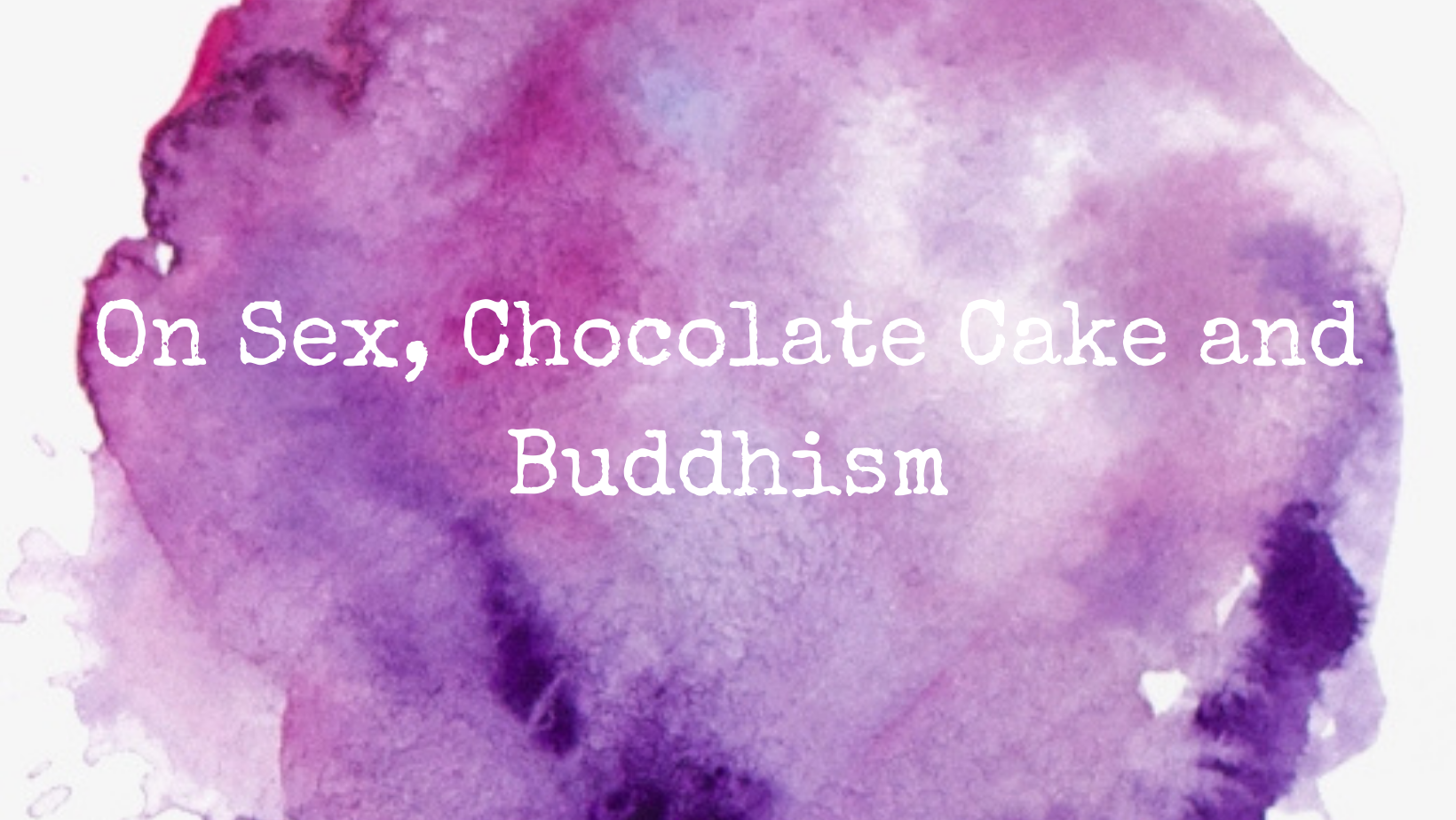 On Sex, Chocolate Cake and Buddhism

I stand with a foot in 2 philosophies. It is through Buddhism that I received a deep and powerful initiation and yet it is in the language of non dual Kashmir Shivism that I feel most connected to this experience. I have heard it so many times and from so many teachers; Choose just one spot in which to dig your well but at the moment I just cannot choose and so it is that I am simultaneously signed up to a 5 year Buddhism program as well my ongoing studies in Kashmir Shivism with Paul Muller Ortega, Carlos Pomeda and Bill Mahony.

Generally, I have found that the deeper I go, the more that all philosophies and religions seem to be saying the same thing. That if I can peel off enough layers and get to the essence, that very essence is totally unchanging. However, there was a moment this week in stark contrast to this. A moment in which I felt my two worlds collide.

During a meeting with my fellow students on the Buddhist program of study, the subject of sex came up and there seemed to be a virtually unanimous agreement that sex wasn’t a “good” thing… Well, I couldn’t just let that go… But surely, I questioned them, if you deny yourself sex due to the belief that it is somehow unhelpful on your spiritual journey then whilst you may not be physically participating in the act, surely, surely, mentally you are. And, having denied yourself the physical, the mental will become even more powerful. And ultimately, what the mind is doing, where it is going is of utmost importance. I was met with silence. Perhaps I should have taken the hint. Instead, I pressed on…

Imagine you are the most delicious chocolate cake but you know that eating it is not allowed. Some may be able to resist but no doubt all will think about the cake, imagine eating it, salivate over it, crave it, desire it. And really, where is this going to get you, spiritually? Perhaps, I continued, it would be better to take a deep breath, center yourself and then take a small bite. Whilst you are eating the cake you mediate on dependent arising. Then you pause and decide if you would like another bite. You do this any many times as you need to until the craving subsides and perhaps this means eating the whole cake. Surely this would be better? I implore

I am, this time not only met by silence but also (and perhaps I am wrong) disapproval.

Initially I wonder if indeed I should choose just one spot in which to dig, just one boat in which to cross the river. But then I hear a resounding “no.” This rubbing up of one philosophy against another is simply asking me to peel off more layers, to get closer to the essence. I am sorry if you disapprove, but to my friends in both boats, I want to let you know that this is how I am choosing to travel.