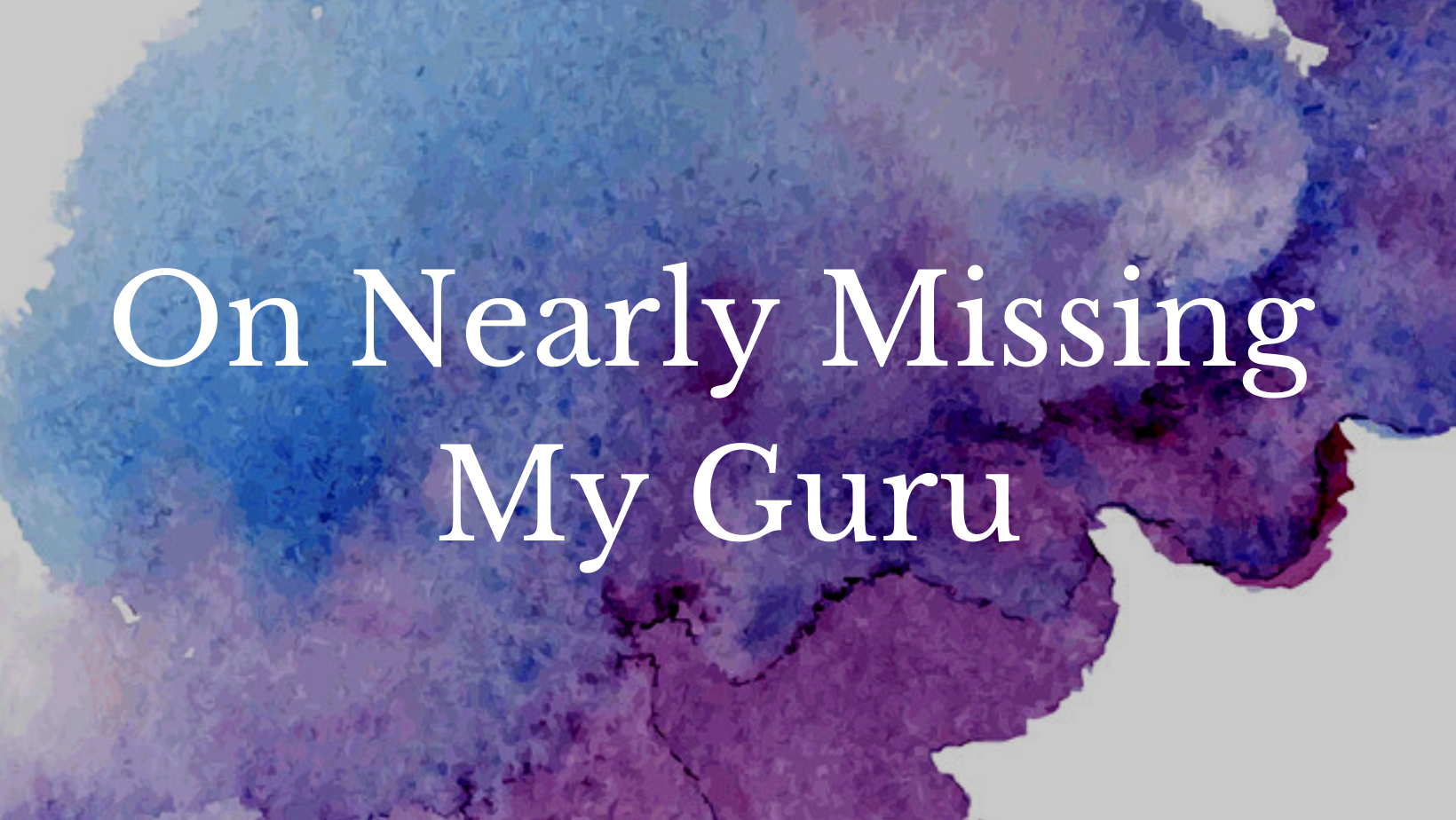 On Nearly Missing My Guru

Arguably, the first written text on hatha yoga is accredited to the Indian sage Goraksha. Goraksha was an accomplished yogi and, according to legend, a great miracle worker. Goraksha’s mother was (according to said legend) a peasant woman who, unable to conceive, prayed to Siva for a son. Upon hearing her prayers, Siva appeared and gave her some sacred ashes and instructed her to eat them. Disbelieving Siva, Goraksha’s mother threw the ashes onto a pile of dung… Now, fast forward 12 years and the great sage Matsyendra (who would later become Gorakshas teacher,) came to the peasant woman’s village and asked her what she had done with the ashes. When he heard what had happened, he went to find the dung heap and there, sitting, deep in meditation, was a 12 year old Goraksha.

Grace appeared but Goraksha’s mother was so busy expecting her version of Grace that she missed it.

She is not alone, although Jesus was able to perform miracles, he was persecuted for his enlightened views and eventually murdered. Whilst the coming of a son of God was prophesied, he did not look or sound like the son most people were expecting and because of this, they missed the chance to learn from this great guru.

“Expectations” originating from the latin “expectationem”, meaning “an awaiting.” The problem is that we are all awaiting our very own version of Grace to appear. We become so invested in our story that we can often fail to notice moments of spiritual significance, even whilst they are, metaphorically, slapping us in the face.

That was certainly the case for me when I first met one of my most significant teachers, one of my gurus.

When I set off to India in my early twenties I wanted to find “my guru.” All the coolest people seemed to have one so why not me? And I definitely had a picture in my mind of what he (and yes, it was definitely a he,) was going to look like; he was Indian with long grey hair (preferably dreadlocks), a beard and probably smoking a chillum. It’s hilarious really, I was so busy constructing this story, this nonsense, that when I was lucky enough to experience a true and deep connection to Grace, I didn’t even look to the teacher who was with me when it happened… I mean, it couldn’t have possibly been anything to do with her… She (yes, she) was a shy, small framed American nun. No dreadlocks or chillum insight. She actually kind of reminded me of my mum. There was no way someone like this was my guru.

And I remember, several months later, climbing the steps to HH The Dali Lama’s monastery for some teachings and above me, within the sea of maroon robes, I notice her. It is almost as though she was emitting an invisible light. I notice this happening. Yet at the same time, somehow, I don’t notice it happening.

I went to India looking for a guru who could open my eyes to ultimate reality, who could help me have a true and deep experience. I receive some teachings from a Buddhist nun, I have an experience beyond anything I could have imagined. I was getting the metaphorical slap in the face, but because of my expectations, I did not even consider that this teacher could be a guru.

OK, so I’m a slow learner but several years later (yes, years) I think to myself, that was a pretty amazing experience that I had with that nun in Dharamsala. I am so thankful that I scribbled her name down in my study book so I was able to find her again and I now consider this shy, small framed American nun, this unlikely guru to be one of my most beloved teachers. She has taught me so much, the first lesson it seems was to arrive without expectation.